The TPJ Racing team along with 146 other Professional Racers made their way to Muddy Creek Raceway in Blountville, TN with hopes of making it through qualifying and into the days main motos.  That is the largest group for both the 250MX and 450MX class so far this season with 71 and 87 riders respectively.

As riders took to the track for practice, they were squeaky clean, upon return to the pits…it was a different story; this track truly lived up to its name.

We were glad to have the #86 of Dylan Merriam back in action after food poisoning kept him out of the competition last weekend.  Merriam spent the practice sessions getting used to the track and was able to qualify 27th. In moto 1 Merriam rounded the first turn in 23rd and worked his was up to a 12th place finish.  In moto 2 he got the start we’d all expect, 11th ,but ended up crossing the finish line in 17th for a 12th overall for the day.  Dylan Merriam leaves Muddy Creak tied for 12th place in the 450MX Championship with Kyle Cunningham. 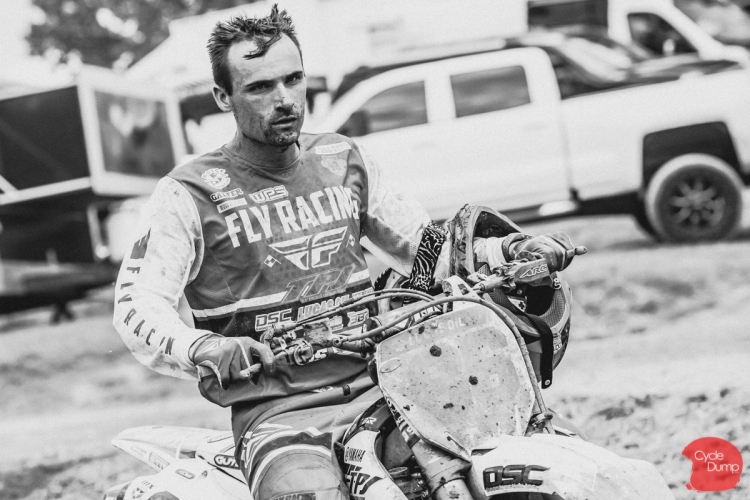 Carson Tickle is the first to admit that he isn’t pumped with his results so far this season, but he’s taking every opportunity to learn and progress.  This week Tickle qualified 23rd ; two rough starts were not what he had planned but luckily he was able to work his way up both moto’s gaining vital positions. Tickle finished the day 30th overall in the 450MX class. He hopes to secure some top 20 finishes next weekend at Southwick and start gaining some points. 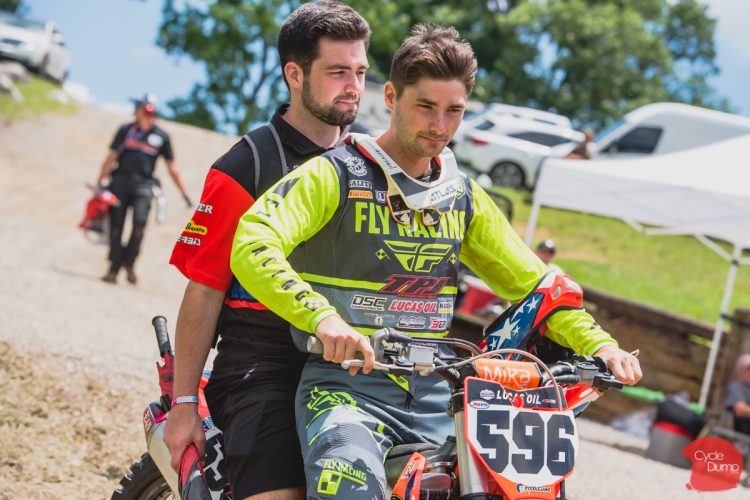 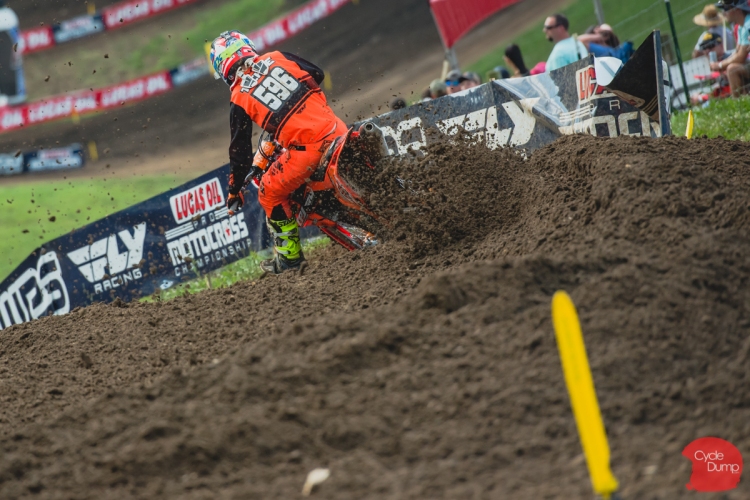 Gaining momentum after a season best finish last weekend, Jimmy Weeks took to Muddy Creek with hopes of continuing the streak.  Weeks qualified an impressive 22nd overall, and his moto finishes secured him a 22nd overall in the 250MX class for the day.  In moto 1, Weeks was hot off the start (19th) but a mid moto crash caused him to lose his flow; he ended the race in 27th.  In moto 2, he collided with another rider off the start and was in 39th heading into lap 1.  30 minutes and 2 laps later, he crossed the finish line in 18th place.  This was another record setting weekend for Weeks, as he’s inching his way closer to securing a top 20 overall finish.

Mason Wharton has been pushing hard all season trying to qualify for the main motos of the day but has not seen success yet.  Wharton is taking every opportunity to learn and better himself on and off the bike with hopes of lining up on the gate come moto time.  He didn’t make it through qualifying at Muddy Creek due to a rough start and crash in the consolation race; his fast lap time of the day was 2.06.772.  Overall, Wharton was happy with his results and is looking forward to taking on the sands of Southwick next weekend. 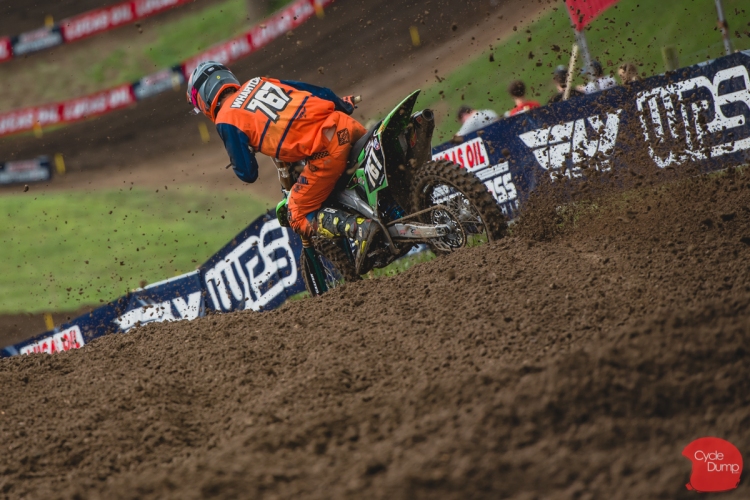 As the TPJ Racing team heads Northeast to Southwick, MA we would like to take a moment to thank our amazing sponsors.  Each sponsor is unique and provides our team with the product(s) and financial support needed to compete at a professional level.

Special thanks to CycleDump for the awesome photos of our crew this week.  Check them out here or like them on social media here.

See you all at Southwick, be sure to stop by for an autograph and high five if you’re there.