The TPJ Racing team made their way to Millville, MN for round 8 of the Lucas Oil Pro Motocross series at Spring Creek MX Park.

The “whoop monster” is a staple at Spring Creek, and no National race day would be complete without him.

Mason Wharton once again found himself competing in the 250MX consolation race.  A 17th place finish with a lap time of 2.34 meant no main day racing for Wharton this week.  There are still 4 rounds left in the season and 4 chances for Wharton to secure another spot in the top 40 and work to gain some points.

Jimmy Weeks qualified 24th in the 250MX class.  In moto 1 he came off the downhill before the finish and cross rutted out of control before going over the bars, finishing the race in 37th.  Moto 2 went a lot smoother for weeks as he piloted his Yamaha YZ250F to a 22nd place finish. Weeks left Millville with a 28th overall finish in the 250MX class. 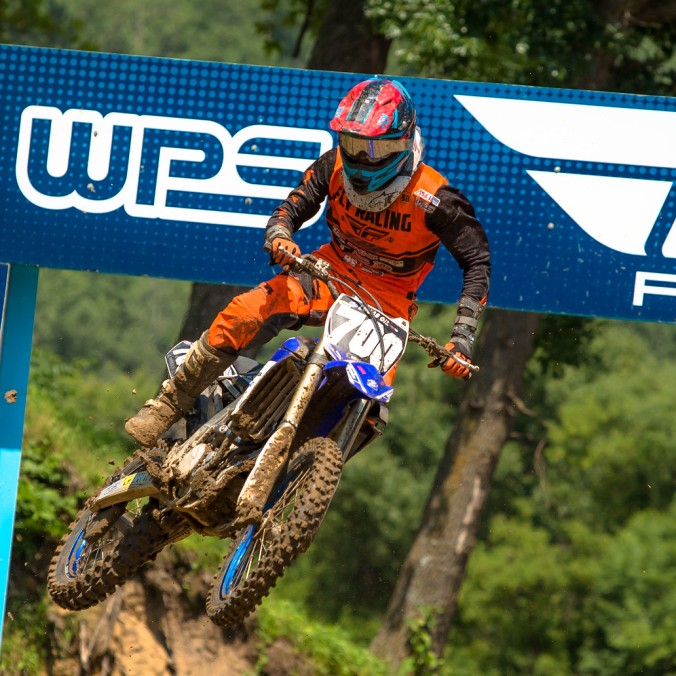 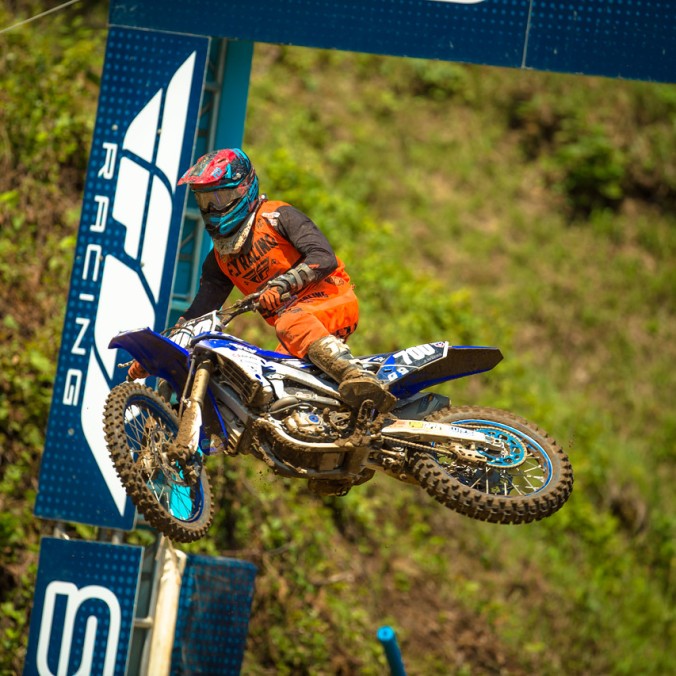 Dylan Merriam has experienced some highs and some lows so far this season; from personal best finishes to DNS’ that were outside of his control.  Merriam came into Millville looking to turn his luck around and get back to top 20 finishes; unfortunately the day didn’t go as planned.  Merriam finished 25th in Moto 1 and a DNS in moto 2 found him leaving Millville with a 36th overall.  Can Merriam turn his luck around?  We will find out at round 9 in Washougal, Wa next weekend. 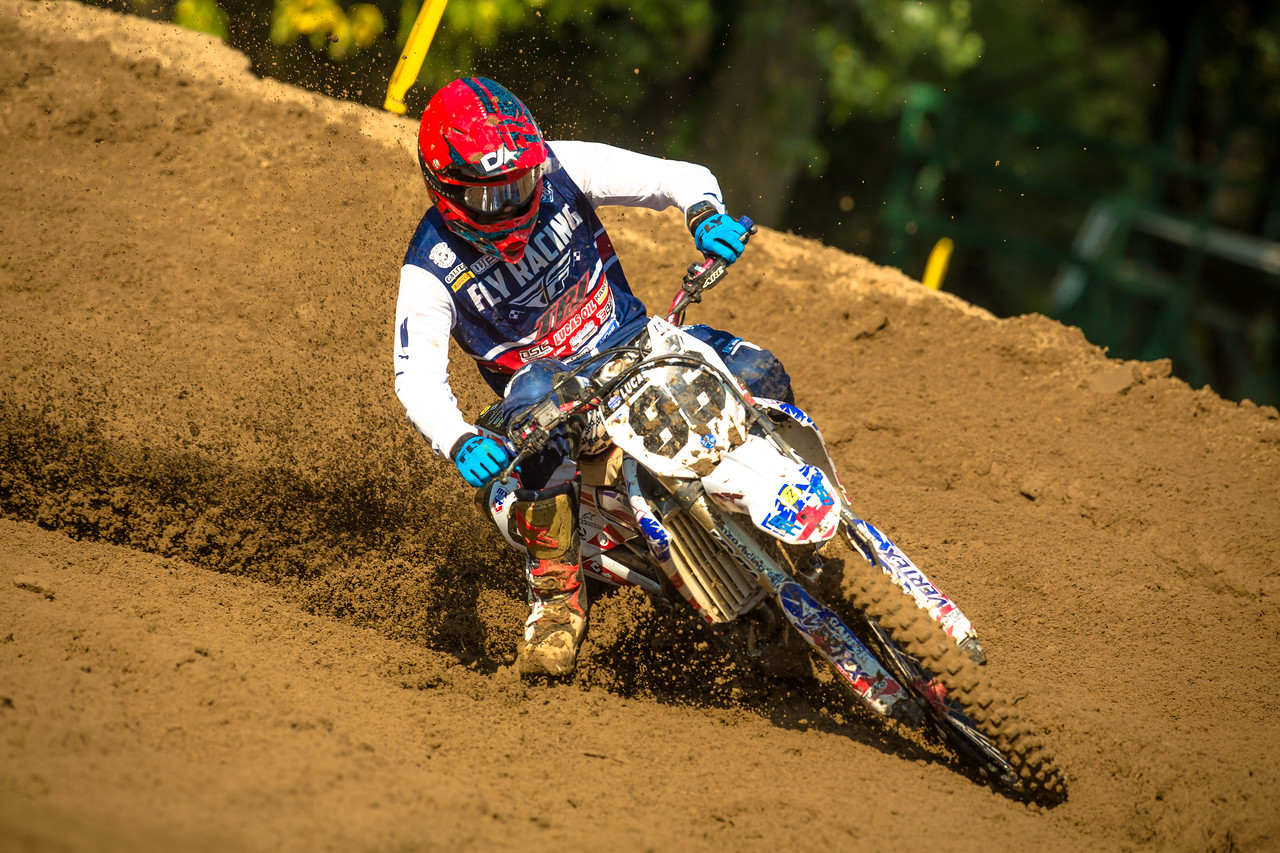 Carson Tickle has been showing that he has strength and determination needed to compete at the top level; but has yet been able to secure any national points.  Tickle qualified 28th for the day on this tough track.  A 33rd in moto 1 and a 31st in moto 2 placed him 31st overall for the day in the 450MX class.  As the series heads back West to race in the trees, can Tickle score a top 20 finish and put his name on the short list of rider’s with earned points?

John Short is proving that his time off the bike after the Supercross season didn’t effect his ability to compete with 40 of the best racers in the world.  Short started his day by qualifying 25th in the 450MX class; a 22nd in moto 1 and an 18th in moto 2 positioned Short in 21st overall for the day.  Just shy of gaining points, Short hopes to redeem himself next weekend at Washougal. 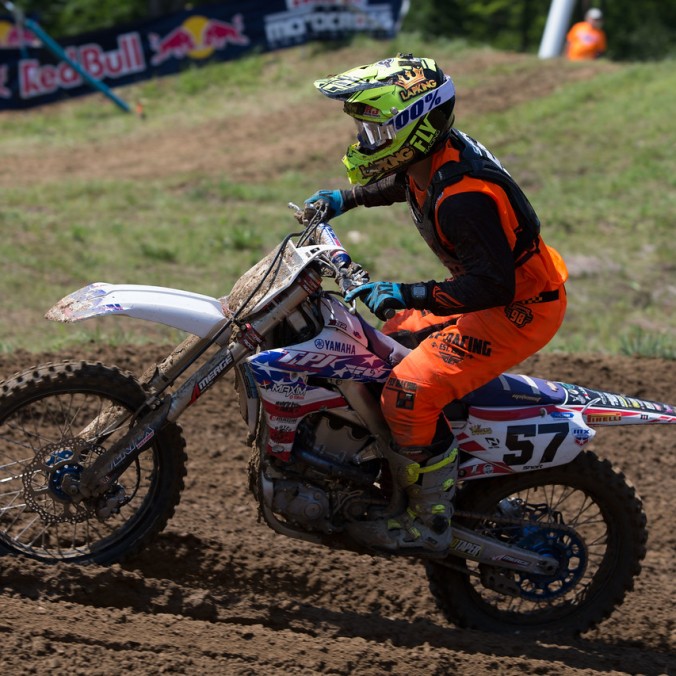 See you next week at Washougal MX Park.  Make sure you stop by and say hello to the team.