Fabulous Las Vegas, NV welcomed the TPJ Racing team to the final round of Monster Energy SX with sunshine and 90° days. 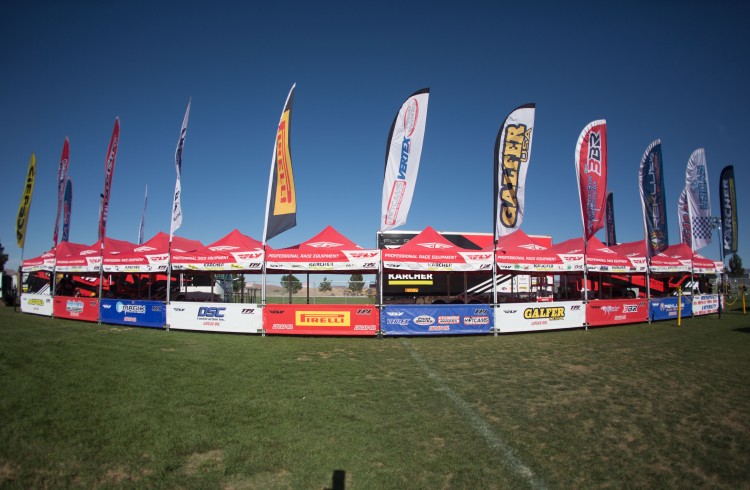 East meets West, again – this race marked the second time this season that the two 250SX classes would compete against one another. The first showdown happened 6 weeks ago in Indianapolis, IN.  40 of the best 250 riders in the world would be chosen to compete in the evening program but first, they were going to have to earn it. 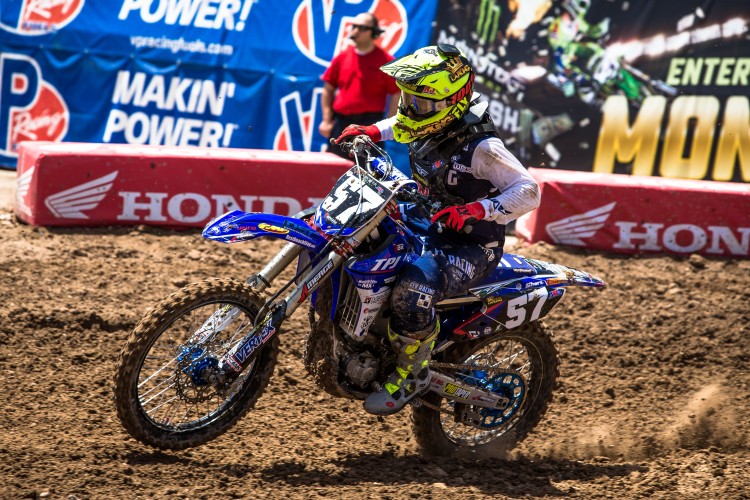 John Short #57 piloted his Maxim Yamaha YZ250F to an impressive 1.06.42 best lap time, placing him 15th in the 250SX East class; and securing him a spot in the show.  Short would struggle due to a bad start in the 250SX East heat, but he battled his way through the field to finish 14th.  Only the top 9 riders in each Heat race would advance straight to the Main Event; everyone else would have to compete in the LCQ for the final 4 spots; include Short.  The gate dropped for the LCQ and the yellow caution flags quickly followed for the entire race.  Short managed to keep it on two wheels and cross the finish line in 7th place.

What happened in Las Vegas this past weekend…most likely won’t stay there.  3 riders walked away Champions, others had record seasons, some learned the tough lesson of what it is like to compete in the big leagues for 17 races straight, and one 15-year-old kid has an unbelievable story to share in his high school lunchroom this week. 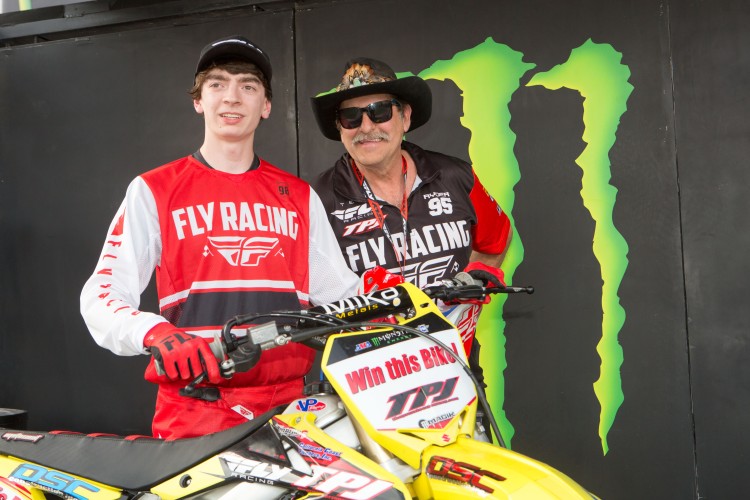 New Hampshire native, Thomas (15) and his dad, Dave traveled to Gillette Stadium for the 15th round of the 2018 Monster Energy Supercross a few weeks ago. During the Party in the Pits, they spent time at the TPJ Racing tent getting autographs and signing up for the RMZ250 giveaway bike and prize package.  The rest of their day went like most days go at Supercross; watching a lot of racing, cheering on their favorite riders, and witnessing one of the most controversial passes all season.  All in all, a great day for a kid and his old man; what more could you ask for?

How about a free dirt bike, full set of gear, and an all-expenses paid trip to Las Vegas, NV where you would be presented your winnings on the podium?  Well, that’s exactly what Thomas got, and none of it would have been possible without our incredible sponsors;  Carl’s Cycle Sales, DSC Construction, Engine Ice, FLY Racing, Galfer, and WPS.

It was a phenomenal Supercross season for the entire TPJ Racing team, but our year is just getting started.  We look forward to seeing all our fans on May 19th at the Lucas Oil Pro Motocross season opener at Hangtown MX.  Be sure to check back next week for our 2018 Motocross team reveal, you won’t want to miss it.