The TPJ Fly Racing team travelled to Crawfordsville, IN for the final round of the Lucas Oil Pro Motocross series.

After a long season riddled with ups and downs, we finally arrived at the finish line of the 2017 racing season.

With most of our athletes out for injury, it all came down to John Short, Logan France and Blaine Silveira.

In timed qualifying, Silveira’s day would be cut short after a crash. The Alpine Stars Medical Unit recommended he sit out the rest of the day due to the risk of a concussion.

France’s charge to the main event would be halted in the consolation race — he just couldn’t quite make it into a qualifying position. 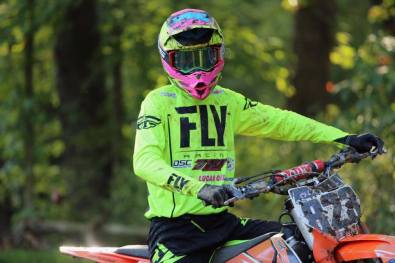 John Short would press on to qualify 31st overall and move on to the main event.

After regrouping, and a little time in the ice bath to escape the heat, Short went out in the first moto to finish 21st. Unsatisfied with his position, Short would go out in moto two with serious charge and finish 14th – just behind Justin Barcia. This great finish would give Short 17th overall at Ironman, and 20th overall in the points standings.

We celebrated lots of highlights this season, including having two rookies qualify for main events. Excellent top 20 finishes at multiple events, and Short finishing in the top 20 in the overall points.

After such a wild and winding season, we are very thankful for all the help we have received from our sponsors and the support from our dedicated fans. As our athletes continue to rise through the ranks, it is crucial that we have been by their side each step of the way to help boost them even further.

We are looking forward to attending the 2017 Monster Energy Cup, and beginning our preparations to come out swinging in the 2018 season.

We hope to see sponsors as well as fans at the Monster Cup – but for now, we are going to enjoy some time off the road and at home.

Bruised, Bloody, & Banged up. Not a problem when you're tough as nails. @hubalicious47 👊
The team in all its glory.
Strong ride by @kylegreeson in moto2 - 24th
@ramella112 Scored his first points of the series with a 23rd overall 👏
We’re ready for Round 7! But first we need to thank our incredible sponsors, without their help, we couldn’t help our riders 👏🏼👏🏼
@ramylleralves 25-14 for 18th overall